The current tax filing season is almost at an end. Many taxpayers have submitted their annual return to the South African Revenue Service (“SARS”), while others are scampering to submit their returns before the 23 November 2021 deadline. 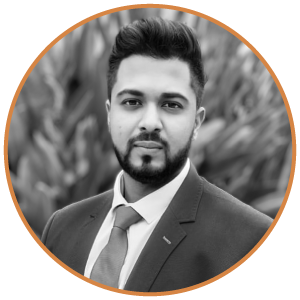 Upon the completion of these submissions, taxpayers may be caught off guard by disallowances, which may have previously gone unnoticed. This is occasionally the correct measure by SARS but is more often than not an oversight by the revenue authority, leading to an additional assessment being raised, and burdensome interest or penalties being levied on an unsuspecting taxpayer.

The Animal Within – Ostrich or Deer

In the event of an error in judgement by SARS, or the taxpayer being in a financially precarious situation and unable to settle their liability to SARS, it is important that taxpayers do not bury their heads in the sand, nor become like deer in the headlights. Becoming frozen with fear or indecision will not aid your cause. It could lead to SARS commencing with collection procedures in terms of the Tax Administration Act, 28 of 2011 (“TAA”), leaving a taxpayer with little to no recourse.

Where taxpayers do not agree with an assessment or the manner in which their affairs have been assessed in a particular year of assessment, the pragmatic taxpayer will be proactive and seek assistance from astute tax attorneys in lodging a dispute against SARS’ decision.

It must be remembered that the substance of a dispute is tax law, which is well known for its fluidity and intricacies. The dispute process, being a hybridization of the law and SARS’ own protocols, is best handled by seasoned tax attorneys, who task themselves with understanding the nuances of tax law. Knowing the most strategic stance to take, they can capitalise on the remedies afforded by the TAA to ensure favourable outcomes.

It is important to take cognisance of the tax debt relief measures contained in the TAA, as where a taxpayer does not have legal merits to pursue an objection but has difficulty in settling their tax debt, then a Compromise of Tax Debt application (“the Compromise”) is available to them.

The Compromise is aimed at aiding taxpayers to reduce their tax liability by means of a Compromise Agreement (“the Agreement”), which is entered into with SARS. Where SARS is approached correctly, and the taxpayer’s financial circumstances warrant it, a tax debt can be reduced, and the balance paid off in terms of the Compromise.

Our multidisciplinary team of tax attorneys and chartered accountants have a proven track record of negotiating with SARS and have assisted many taxpayers in successfully disputing, or compromising, amounts demanded by the revenue authority. We guarantee legal professional privilege on your matter and follow a strict legal and compliant approach with solution-based thinking.

To protect yourself from SARS, it remains the best strategy to ensure compliance. Where you find yourself on the wrong side of SARS, there is a first mover advantage in seeking the appropriate tax advisory, ensuring the necessary steps are taken to protect both yourself and your bank balance from paying the price for what could be the smallest of mistakes. However, where things do go wrong, SARS must be engaged legally.

As a rule of thumb, all correspondence received from SARS should be immediately addressed by a qualified tax specialist or tax attorney, which will serve to safeguard taxpayers against SARS implementing collection measures. Being specialists, they will correctly advise taxpayers on the most appropriate solution to ensure tax compliance.

What Is Provisional Tax And When Do I Qualify For It?
Scroll to top